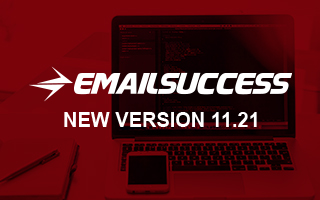 EmailSuccess release 11.19 now supports Rspamd, a fast, free, open-source spam filtering system. Now you can test incoming messages against Rspamd through API calls, and accept them based on the score it returns.