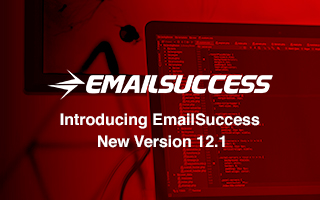 Version 12.1 of EmailSuccess is now available.

New features and improvements include:

Other improvements and bug fixes:

EmailSuccess is available in Free, Standard and Enterprise versions.