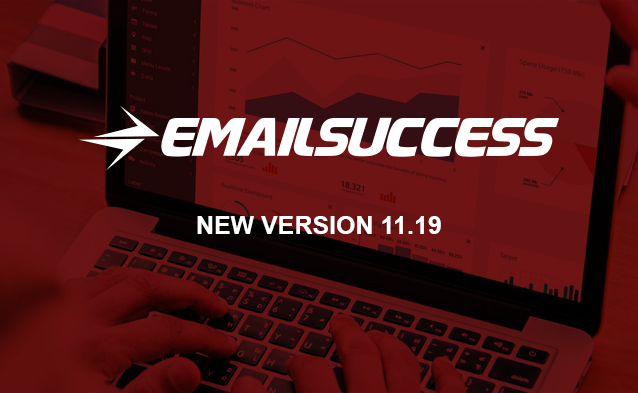 We are happy to inform you that version 11.19 of EmailSuccess has been released.

This version brings with it new features and improvements:

Other improvements and bug fixes

EmailSuccess is available in both Free, Standard and Enterprise versions.